I have never met you, and I am sure you have lost count of the number of times you have heard this, but I would like to sincerely thank you for showing me the way to heal my 30-year chronic low-back pain! I’ll try and keep my story short, but my back pain started when I was an active 17 year old, after which began a 30 year long saga of pain and suffering.

I was initially diagnosed with a bulging disc on the sciatic nerve which began “my life with a bad back”. After decades of seeing numerous medical specialists and receiving numerous treatments which included surgery, acupuncture, physio sessions, epidurals, and facet joint injections my pain persisted and increased. All of these only gave me temporary relief, if that. Gradually, I slowly but surely lost the ability to lead a normal life. The last 10 years in particular were quite bad as I was living with an average level of 8/10 pain, not being able to sit for more than a minute or two without extreme pain, and avoiding many of the activities one takes part in as part of a normal life. Somehow though I soldiered on by continuously adjusting my life, but the effect of the pain was really starting to take its toll mentally, no different really than being in a torture chamber. Eventually I reached the stage where I had given up any sort of hope of reducing my back pain and became resigned to the fact that I would just have to somehow live a life of taking prescription pain killers, and avoiding anything that caused my back pain to increase above the already ‘normal’ but high pain levels. In the end, no other treatment seemed to give me even a slight reprieve from pain, not even as a placebo. Even the pain killers slowly started to become ineffective requiring higher dosages. Looking back it is clear all of these treatments were aimed at the symptoms rather than the cause. I, as well as my family, had become a prisoner to my back pain.

That was December of 2013. Then one day I came across your book Healing Back Pain on the internet, and after reading a few reviews, I thought, “sounds too good to be true”, but I ordered the book, as well as The MindBody Prescription and received them a week later. I read the books in a few days and as a goodist, I could see myself all over them. I started to put some of the ideas and TMS exercises into practice, and about 2 weeks later I started to notice some reduction in my pain levels. My progress however stagnated a bit for a while, and then I mustered the courage to seek a psychotherapist. In Australia, TMS-aware psychotherapists (or medical professionals) are as rare as hen’s teeth, but funnily enough one of probably the only two TMS practising psychotherapists in this country had a clinic a few blocks away from where I lived! It took another 4 months or so of work with somatic psychotherapy but I finally started to get in touch with a huge reservoir of repressed anger that I had no idea even existed. It is July 2014 now and even though I am not totally pain free, I have reduced my pain levels significantly (by 70 % or more) and I am starting to do things I never even dreamed of doing before. I can now sit down and watch a movie, go to a theatre show or work in front of the computer, instead of lying down all the time. I have stopped worrying about my back, and have not had a flare up now for 4 months, something that used to happen every few weeks or so. For most of the day now I don’t even feel any pain. I have even jumped back on my bike which was collecting dust for the last 10 years in the shed. I recently even went to an 8-hour training course which involved sitting for most of that time. Focussing on feelings and emotions instead of the physical has definitely worked. It’s like my life has started again.

While I still feel some back pain now and then and have some more work ahead of me, I feel I have the knowledge and tools to completely conquer it and I am confident I will eliminate it in the near future. So once again, thank you from the bottom of my heart for your pioneering work and your strength of conviction in unravelling the truth about TMS.

Now when people ask me, “How is your back?” I answer, “Really good thanks!”. They look at me a bit puzzled and ask “What did you do to make it better? Special exercises? Swimming?” I smile at them and cheekily say, “I got better by ignoring everything that I was ever told about my back!” It gets their attention, and then I show them a copy of your book. To this day I always try to spread your good work. 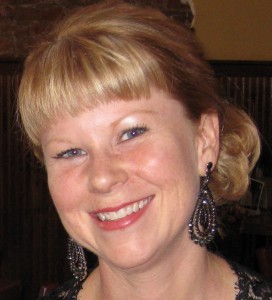 There are not enough words to thank you for saving me from the chronic pain that ruled my life for 10 years. I suffered from chronic back, shoulder and knee pain. It was baffling because it all started in my mid-twenties when I was basically at the peak of good health. I was an extremely active person all my life up to that point. In fact, I was training for a half-marathon when it all began.

After seeing countless doctors and physical therapists, and receiving countless (wrong) diagnoses over the years, I was at my wit’s end. My active lifestyle was relegated to walking on the treadmill and riding the stationary bike. My chair at work felt like a torture chamber for my back every day. And, I was also no longer allowed to wear my coveted high heels. My doctor finally prescribed knee surgery, but never actually saw anything on the MRIs or X-rays for my knee (or my back or shoulder) that would indicate I needed surgery. I am now convinced it was completely unnecessary.

A very smart person introduced me to your book, and I will forever be grateful. I devoured it and saw myself on every page and I took steps to get to the bottom of what was causing my pain. That was nearly two years ago. Since then, I have returned to my active lifestyle. Yoga, Pilates, jogging, Spin, Zumba. You name it. I am no longer afraid of physical activity. The doctors can no longer tell me that I’ll “hurt myself” if I do any of these activities or that I am “not built” to do them. I also have amassed a closet full of high heels that I proudly wear on a daily basis. And I no longer consider my chair at work to be a torture chamber. I have nearly forgotten what it felt like to be in constant pain all day, every day. It’s almost hard for me to believe that it’s truly gone.

I played on a softball team last summer for the first time in almost a decade. I can’t explain how invigorating it was to be on the field once again after so many years on the sidelines. I was scared to sprint around the bases at first. But with one crack of the bat, adrenaline kicked in and I took off like a shot – like the old Danielle. And I haven’t looked back since.

Whenever the pain acts up, I am able to turn my attention to the emotional factors that are contributing to it. Your book has taught me a lot about myself and made me recognize the stressful factors in my life that were contributing to the pain. Now I will be in tune with what my body is trying to tell me for the rest of my life. I can’t thank you enough for your books and all that I have learned from them. Thank you for giving me my active lifestyle – and my life – back!